Coles Knapp was established in 2008 at the inception of the Non Domestic EPC legislation by Andrew Knapp, a general practice surveyor with 20 years experience. Andrew was already involved in the energy assessment of domestic buildings and was amongst the first 100 Non Domestic assessors qualified. Since then Andrew has continued to add to his knowledge and qualifications and is now a Level 5 CIBSE Low Carbon Consultant as well as an Elmhurst Non Domestic Level 4 Assessor, DEC Assessor, ESOS Lead Assessor, DEA and BREEAM Accredited with BRE.

His knowledge of the NCM, Building Regulations and relevant legislation means he is regarded as an expert in his field and provides training for Elmhurst Energy on Building Services for Assessors as well as their full Level 3/Level 4 Non Domestic Assessor courses.

Andrew’s grandfather was Robert E. Knapp of Coles Knapp and Kennedy and the company name is a ‘nod backwards’ to this well known Ross-on-Wye firm.

In his spare time Andrew enjoys any sort of watersport that doesn’t involve a motor, Anglesey, Nottingham Forest and Estrella. 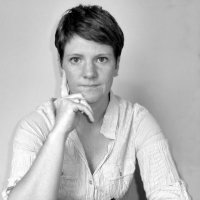 Emma joined Andrew in late 2008 and is now a director of the company. Her focus is primarily Non Domestic EPCs on existing buildings and DECs but she is also an On Construction Assessor for SAP as well as a DEA. Her friendly disposition and diligence has made her extremely popular with the Coles Knapp client base.

Emma’s hobbies are numerous and include her dogs, walking, photography, guitar, live music and the gym. She manages to mix most of these with a tipple or two.

Angela is a Domestic Energy Assessor and an expert on the DEC methodology. She also an admin powerhouse and a DIY guru.

Leanne is the Company Secretary, Accounts department and Administration Department.

For Coles Knapp to offer such wide coverage and be so competitive occasionally involves using additional consultants. These are highly qualified, fully audited people we have worked with for at least 5 years and trust to provide the same great service we do.